4 players round-robin in each group. 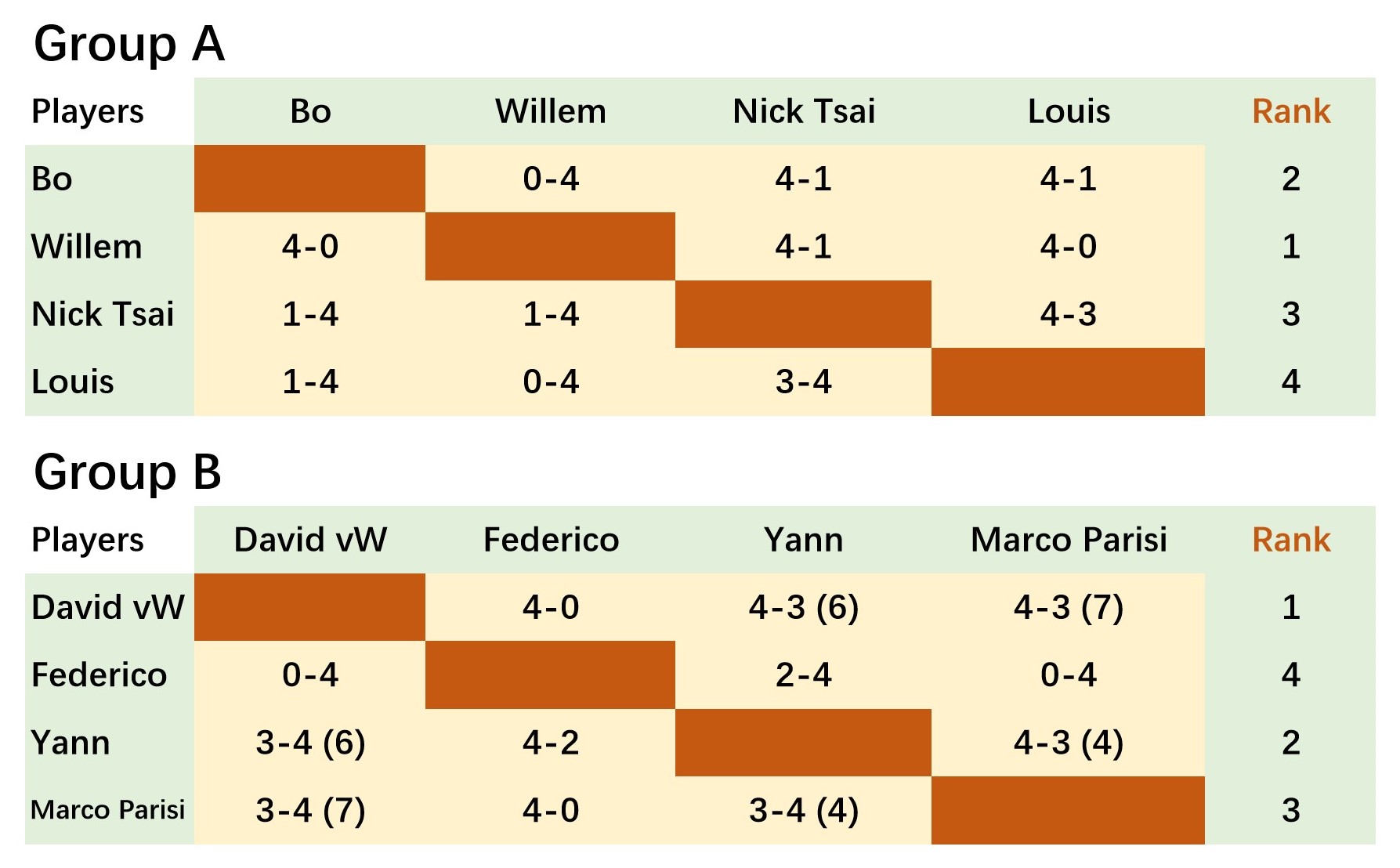 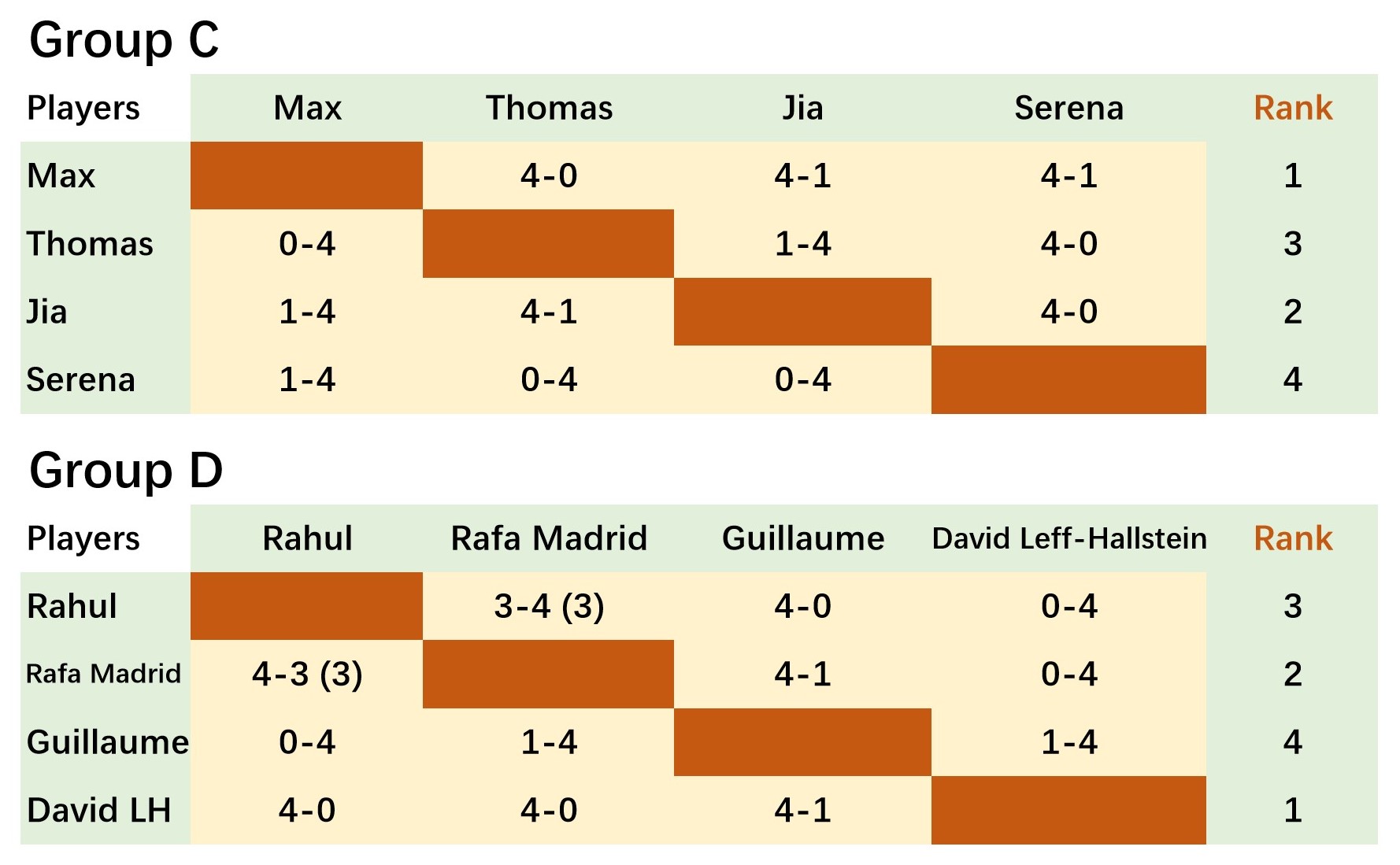 Top 2 players of each group advanced to the quarter finals 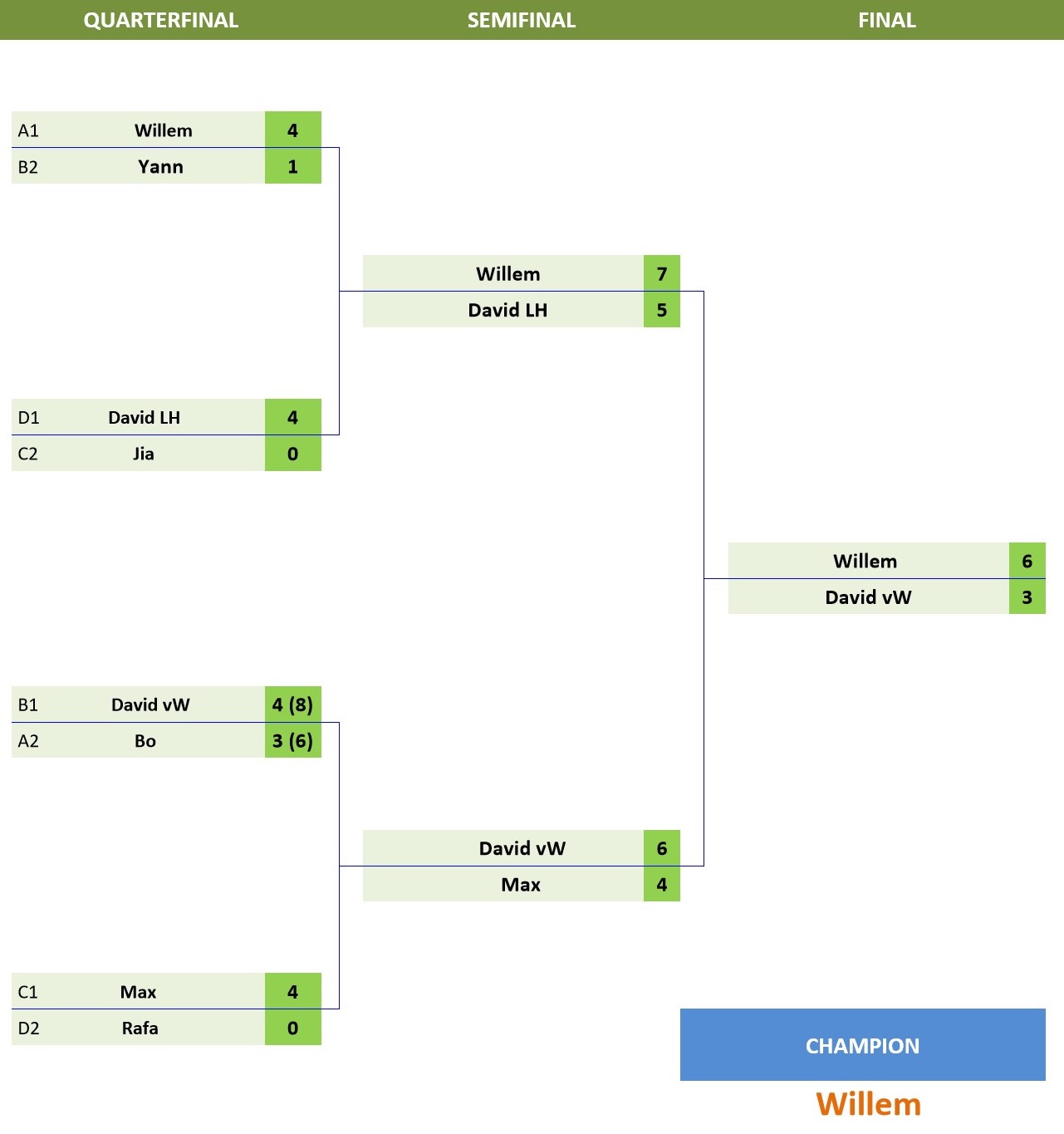